History of the Abbey

The Benedictine nuns in Drübeck Abbey lived according to the strict rules of St Benedict of Nursia. Drübeck Abbey was a subsidiary foundation of the Princely Abbey of Corvey.

The eleven chapters of St Benedict’s rules determined the course of a day, which began with early mass at dawn. Then it was off to work in the kitchen, garden, field and forest. Two meals were eaten.

In the late Middle Ages, the importance of the abbey in Drübeck declined. The turbulence of the Reformation and the Peasants’ War also proved to be a serious blow to the Benedictine nuns. The nuns were expelled, a fire in 1599 and the turmoil of the 30 Years’ War also left signs of devastation on the buildings. The abbey’s independence came to an end. The Benedictine abbeys had great influence due to their extensive landholdings. They had schools, libraries and writing rooms as well as herb gardens, an apothecary and various art workshops.

The foundation of the abbey

The earliest mention of an abbey for a convent of nuns in Drübeck goes back to a charter signed by Emperor Otto I, who donated land to the convent in 960.

An “older” document dated 26 January 877 turned out to be a forgery in more recent times.

In 980 Otto II placed Drübeck under royal protection. This safeguarded the nuns from interference by royal officials. The abbess could act as the supreme court ruler and thus the convent had a privileged position.

The era of the evangelical convent for women

At the end of the 17th century, the abbey was transferred to the Count of Stolberg-Wernigerode by royal edict. After extensive renovation work during the period 1720-1732, the count established an evangelical convent for women. Anna Freiin von Welck was inaugurated as Abbess of Drübeck Abbey in a solemn ceremony on 12th June 1903. (See: Wernigeröder Intelligenzblatt dated 13th June 1903, paragraph 3)

Anna Freiin von Welck was the 47th abbess. Kaiser Wilhelm II presented her with the abbess’s staff in 1906. The 1.80 metre long abbess’s staff was designed by the then well-known painter Prof. Emil Doepler (1855-1922) and made by the sculptor and chaser Prof. Otto Rohloff (1863-1919) at the Berlin School of Arts and Crafts. (See: Wilhelm Hoppe: Ein deutscher Fürstensitz, Wernigerode 1908, p. 55)

A historical garden plan from 1737 has been preserved, showing the special historical walled gardens of the abbey sisters.

The Diaconal Office of the Church Province of Saxony took over Drübeck Abbey at the request of the last Abbess Magdalena in 1946. The Abbey was turned into a convalescent home and the deaconess Marie Utta from the Kreuzburg motherhouse was appointed as matron. The capacity was 40 beds and the yield from the gardens was increased by the construction of a greenhouse. The Diaconal Office subsidised the running and structural repair work annually. In 1963, the kitchen was renovated.

“We want to thank God from the bottom of our hearts that HE once made people willing to found and build this abbey for HIS HONOUR, that HE has preserved it until today and that many people of our days can find refreshment for soul and body through HIS words every year.” (Director Mr. Seuthe, 15th February 1964)

The novelist and poet Wilhelm Raabe had many personal connections with Drübeck Abbey and also with the surrounding Harz landscape. The Abbess Countess Magdalene zu Stolberg-Wernigerode made rooms available for the belated celebration of the author’s 100th birthday at Drübeck Abbey in 1931. 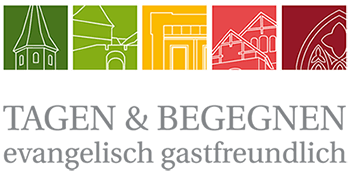 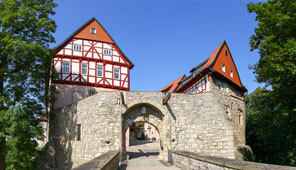 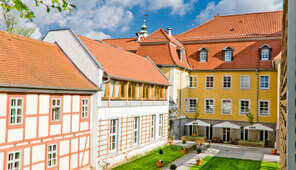 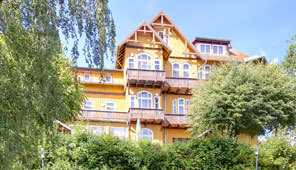 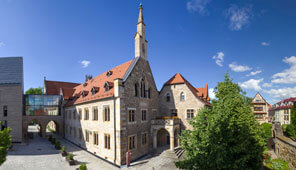